When describing the animals that entered Noah's ark, the Torah refers to those animals which were ritually impure (טמא) as beasts "that are not pure." The Sages noted that the Torah intentionally speaks in a refined manner; therefore it avoided calling them "impure" outright.


Yet, this conclusion does not seem to hold water. When the Torah discusses which animals may be eaten and which may not be eaten (in parashot Shemini and Re'eih), the Torah does not use euphemisms. Instead, the Torah labels these animals as טמאים - impure beasts.  Why does the Torah not use a more refined language when setting down the dietary laws? 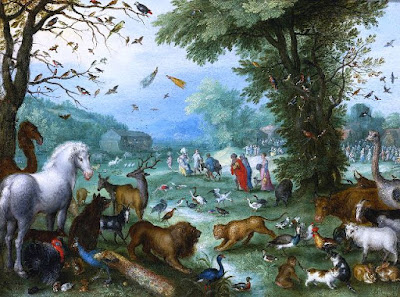 In a certain town two wealthy men resided - both named Yossi. One was Reb Yossi, a wise and learned scholar, while the second Yossi was an ignoramus. This second Yossi was commonly referred to as "Yossi the am ha'aretz" (Yossi the boor), to distinguish him from the scholarly Reb Yossi.

One day a visitor came to the door of Reb Yossi. It turned out, however, that he was looking for the unlearned Yossi. The butler who greeted him at the door, responded, "Oh, you need to go to the house of Yossi the am ha'aretz. He lives two streets over."

Reb Yossi, who overheard the butler, was not pleased hearing him speak like this. "You should not refer to someone as a boor. Other people may call him 'Yossi the am ha'aretz' to distinguish him from me. But in my house, this kind of talk is not acceptable. I don't want people to think I look down on my neighbors."

After the shadchan left, the butler approached his boss. "I don't understand. Why is it, when I called him 'Yossi the am ha'aretz,' you reprimanded me; but now you used that very phrase?"

The scholar gave his butler a stern look. "Don't you understand the difference? If someone asks you information where someone lives, he is not asking for an account of his character and scholarship. All you need to do is provide his address. Anything more, if it is uncomplimentary, is simply lashon hara - uncalled-for gossip.

"But when I received a proposal for my daughter's marriage, I needed to be blunt in explaining why I object to such a match. It was my duty as the father to clarify in no uncertain terms that I will not have my daughter marry the unlearned son of an ignoramus."

A Time for Niceties and a Time for Straight Talk

When the Torah describes the animals entering Noah's ark, the classifications of "pure" and "not pure" are only in order to identify the animals. Therefore the Torah uses a euphemism -- "not pure."

But when discussing the dietary laws, the Torah wants to make it clear which animals we are allowed to eat and which we may not. These rules are meant to protect the purity of our souls. Here the Torah cannot afford to mince words, but clearly states, "These animals are impure to you" (Lev. 11:8, Deut 14:7).