God informed Abraham that his descendants would be enslaved in a foreign land, but they would leave ברכוש גדול - "with a great treasure."

What was this great treasure?

It is usually thought to refer to the clothes and jewelry that the Israelites picked up from the Egyptians before leaving Egypt. The Sages, however, taught that this treasure was in fact something far greater: the Torah that God gave the Jewish people at Sinai.

But if the "great treasure" is the Torah, why did God command the Israelites to ask the Egyptians for clothing, gold, and silver?

The Maggid reconciled this difficulty with the following parable:

12-year-old Johnny found work doing odd jobs at a local store. The storekeeper promised to pay Johnny 4 silver dollars for each month that he worked at the store.

At the end of the month, the storekeeper realized that this monthly salary was insufficient. Johnny was a hard worker and had done an excellent job. Therefore he put the silver coins aside, and instead wrote out a check for twice the amount originally agreed upon.

The merchant proudly handed the check to Johnny. But to his surprise, instead of thanking him for his generosity, the boy unhappily stuffed the check in his pants pocket and bolted out the door with teary eyes. 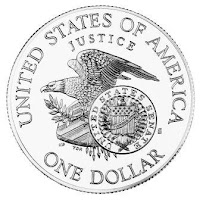 The next day, the Johnny's father went to the store. "You have been most generous to my son, and I would like to thank you. But he is still young and doesn't understand the value of a check. All he knows is that he was supposed to receive a purse full of shiny silver coins, and instead he got a plain piece of paper. I would be most grateful if you could pay Johnny at least part of his wages in silver dollars."

The great treasure that God promised Abraham was in fact the Torah that the Jewish people would receive at Sinai. But this was a gift that the young and immature nation could not yet fully appreciate. In order that the people would not feel they had left Egypt empty-handed, God commanded them to request gold and silver and garments from the Egyptians. This way they would leave Egypt with a tangible gift that they could appreciate, like the boy's silver dollars.

Only after the people became wiser did they understand that the true "great treasure" that they received was not the coins and trinkets supplied by the Egyptians, but the gift of Torah -- a priceless, eternal treasure which has accompanied the Jewish people throughout the generations.