Yom Kippur/Va'ethchanan: The Villager and the Silk Shirt


A simple villager once visited the big city. It was a cold, wintry day, and the villager was dressed warmly. He wore several layers of clothing - a sweater, a light coat, and an overcoat. The villager strolled along the storefronts, gawking at the sights and marvels of the big city.

Suddenly he spied a beautiful white silk shirt, displayed prominently in the glass window of one of the stores. He had never seen such a beautiful shirt before! 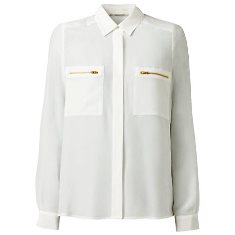 The villager was impatient to see how he would look wearing the beautiful silk shirt. While the salesman was occupied with the other customer, he unbuttoned the shirt buttons, took out the pins and bits of paper, and tried to pull on the shirt.

He tugged the first sleeve on his arm. The second sleeve was harder,  going over his arm only after much struggling and contortions.

But no matter how much he tried, he could not button the shirt. It was simply too small.

When the salesman returned, the villager complained, "You said you would get me a shirt my size!"

"Certainly," replied the salesman. "This shirt is your size. But before putting on the shirt, you must first take off your coat and sweater..."

We are all like that simple villager. Over time, our pure soul gets covered by layers of sludge and slime - fits of anger, feelings of jealousy and greed, and other undesirable character traits. If we want to keep mitzvot - which are called levushei deMalka, "clothes of the King" - we should rid ourselves of these barriers which come between us and God.

If we do not first purify ourselves, we will be like the villager, thinking that the beautiful "clothes of the King" do not really fit us ...

That is what it says in the Shema, "These words shall be on your hearts" (Deut. 6:). The words of Torah need to be directly on the heart, without any barriers...