Eikev: Who May Make a Vow?

Two neighbors lived in a small town; neither of whom was very well-off. One eked out a living as a wood-chopper.

The second was a thief.

Both men had daughters, but the thief was unable to finance marrying off his daughters.

"I don't understand," complained the thief. "You are a poor man like me. How is it that you were able to save enough money so that you had a respectable dowry to marry off your daughters?" 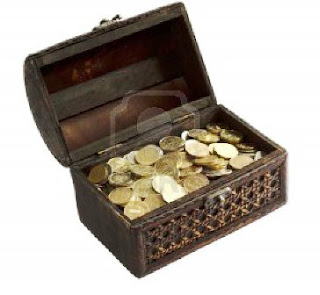 The wood-chopper explained that when each child was born, he built a small wooden box and placed a lock on the cover. At the end of each day, he would place a coin in the box. By the time the child was ready to be married, there was enough money in the box to cover wedding expenses and help the young couple start their new home.

"You should have done like I did,"
the wood-chopper noted.

The thief broke out in laughter. "This method is fine for you. You will never open up the locked box, even if times are tough and you need the money.

"But for me? I am a thief by profession. I open up locks that other people have used. Certainly a lock that I myself set will not stay locked for very long - if I need the money!"

Who May Make a Vow?

The Midrash explains that Moses told the people: Don't think that I permitted you to make a vow in God's name, even a truthful vow. If you have all of these traits - you are God-fearing, you serve God sincerely and cling to him - then you make make a vow. But if not, you should not take an oath, even in truth.

Why this restriction on who may make a vow?

Those individuals who take great care to avoid all that the Torah has prohibited - that which is "locked away" from us - they may trusted to make a vow and add their own "locks" - set down for themselves additional prohibitions.

But someone who transgresses that which the Torah has locked away - will he not also break his own vows? Such a person is like the thief who could not be trusted not to break into his own locked savings.

Therefore the Sages taught that only the truly God-fearing should make vows; they may be trusted to keep what they have promised.