Two merchants - neighbors and friends from the same town - set off for an extended business trip. The two were traveling together, but their motives for leaving were quite different.

Solomon was a well-to-do businessman who decided he needed a break from his wife - a difficult woman with a quick temper and a sharp tongue.

His friend Jacob, on the other hand, was in financial straits. Jacob worked hard to eke out a living. He decided it was time to investigate new markets and job opportunities.

Several months passed, with no word from either man. Their wives began to be worried about their husbands' welfare. 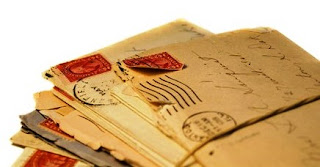 Finally, a visitor arrived in town bearing a letter from each one. Both wives were naturally eager to read their letters.

The letter-bearer, however was exhausted from his travels. He pleaded with the women to let him settle down for the night and organize his things. First thing in the morning, he promised, he would locate the letters and deliver them.

Despite the messenger's protests, the wife of Jacob (the poor merchant) insisted on getting her letter right away.

"Why can't you wait until tomorrow, like Mrs. Solomon?"

"Oh, our situations are completely different," she explained. "I am living from hand-to-mouth, and I need to know how my husband is doing and whether he has found a decent job."

"Mrs. Solomon, on the other - she has all her needs taken care of. Her only concern is that maybe her husband has decided never to return because he is fed up with her. For her, it was enough that her husband took the trouble to write her a letter. The contents of the letter, how his business is faring - that is of secondary importance."

The Jewish people is like the wife of the wealthy merchant. We are not concerned whether God can provide for us. Our only worry is that, due to our sins, God has exiled us forever. Therefore, it is enough just to hear the word "Ami" - "My people." The very fact the prophet has brought God's message to us, and God still calls us "My people" - that is already a wonderful consolation!