VaYeira: The Tzaddikim of Sodom 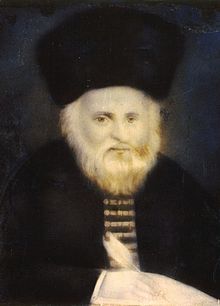 Rabbi Elijah, the renowned Gaon of Vilna, once put the Dubner Maggid in a difficult spot. “Please rebuke me for my faults,” he asked. “I wish to be wise, and it is written, ‘Reprove a wise man and he will love you’ (Proverbs 9:8).”

The Maggid was taken aback at the Gaon’s request. What criticism could be leveled against this spiritual giant, the preeminent Talmudic scholar of his day, an extraordinarily pious man who spent every waking moment diligently studying Torah in his Beit Midrash?

After a few moments of thought, however, the Maggid agreed. He requested only that he not be considered brazen for speaking against his master.


The Righteous of Sodom

In my humble opinion, this phrase is exact and is mentioned for a specific reason. Abraham was referring to righteous people who are in the midst of the city – concerned, upright citizens who visit the shops and public places, who watch over the town’s day-to-day life.

There probably were fifty righteous in Sodom’s Beit Midrash, scholars who studied Torah all day long and complacently thought to themselves, "I have saved my own soul." But those scholars would not have saved the city of Sodom. Abraham understood that there needed to be righteous who were "in the midst of the city." Only upright individuals who were involved in the town’s everyday matters, who supervised its spiritual and moral affairs, would warrant saving the city from destruction.

Scholars who are locked away with their books, with little influence on their neighbors – and here the Maggid indirectly rebuked the Vilna Gaon, who consistently refused to accept any communal position – such scholars are not the righteous people of whom Abraham spoke.