What happened to Ephron's name?

When Abraham needed a burial place for his wife Sarah, he turned to Ephron the Hittite. Ephron was the owner of a field in Hebron - a very special field, as it turns out. His plot contained the Machpelah cave, which Abraham wanted as a burial spot for his family.

The Torah's describes the delicate negotiations between Abraham and Ephron. Abraham wanted to pay for the cave, but Ephron insisted on giving it to Abraham without payment. What is interesting is that Ephron's name appears eight times in the story. Seven times, his name is written normally - עפרון. But when Ephron, despite his earlier declarations that he would not take money for the cave, does accept full payment from Abraham, the Torah writes his name  as עפרן - without the letter vav.

"A selfish person is overeager for wealth, and does not know that it will be his loss."

Who was this selfish person who foolishly chased after money and lost something greater? The Sages wrote that this refers to Ephron. An what was the loss that he failed to foresee? That the Torah would write his name chaseir, without the letter vav.

What does is matter how Ephron's name is spelled? Does it really matter if it is spelled with all of its letters?

The Maggid explained this with the following parable:

A high-ranking minister once needed to make an extended excursion in the countryside. The first night, the minister and his staff stayed at a small inn. The innkeeper made sure that his prominent guest had everything he needed: the finest room, a great view, plentiful meals, and so on. In the morning, the minister asked his host how much he owed him, and the man stated his price. The minister paid the bill and left, never giving the innkeeper another thought.

The second night, the minister and his entourage stayed at a second inn. This inn was owned by an unpretentious man named Jake. Like the first innkeeper, Jake prepared everything possible for his esteemed guest - the best room in the inn, plentiful meals, etc. 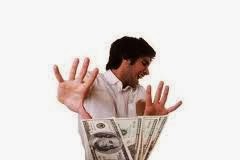 But there was one difference. Jack felt truly honored that the minister had chosen to stay at his humble country inn. He had no intention of charging him.

The next day, when the minister asked how much was owed, Jake explained that it was a tremendous privilege just to host the minister. This great honor was worth more to him than any monetary remuneration.

The minister was touched by Jake's sincerity and generosity. Filled with affection for this simple man, he presented him with a valuable gift - a gift worth many times more than the cost of his stay. In fact, the minister was so heartened by this incident that he maintained close ties with Jake throughout the years.

The same is true when we serve God. Some people keep the Torah with an eye for the future reward. They will receive their reward, but nothing more.

But there are others who observe mitzvot with an awareness that is a tremendous honor and zechut to serve God. They rejoice at the opportunity to serve God. These individuals are rewarded in a far greater fashion, and for all time, with a special connection to God.

For all his talk, Ephron was only interested in getting top dollar for his field and cave. He received the value of his property, but he missed out on something far greater.

"A selfish person is overeager for wealth." That was Ephron, who ultimately only cared about getting paid for his field. "And does not know that it will be his loss." Ephron failed to realize what he lost - God's eternal favor. This loss is hinted in the fact that his name is written chaseir, missing the vav, indicating his intrinsic state of incompleteness.