Jake owed large sums of money to several people. Lacking a steady job, he was unable to pay back his loans. However, his friends came to his rescue, convincing the lenders to give Jake more time to pay back his debts.


When this extension ran out, the lenders again demanded their money back. Once again, 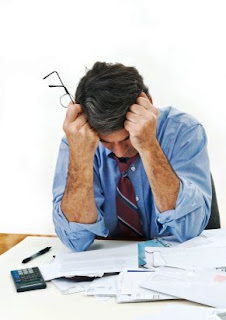 Jake's friends spoke with them and were able to obtain an additional postponement.

The days passed, and this date also arrived. His friends had run out of excuses. What more could they do?


But Jake had a very close friend. This friend now approached the lenders.


"Of course, you are right - you lent money and it should be returned. But what can be done when the borrower has no money to give back?


"Look here, I am willing to give Jake a sum of money. I calculate that it is enough to cover 15% of all his debts. I suggest that you agree to take 15%, and sign that you relinquish all claims on the rest. Otherwise, you will end up losing even that!"


The lenders unhappily agreed to this solution.


In the end, who helped Jake the most? The other friends, who used all sorts of excuses, were only able to delay the repayment date. But his closest friend succeeded in cancelling all claims and wipe his debts clean.


After the sin of the Golden Calf, Moses prayed in defense of the Jewish people. God agreed not to punish them right away, but to "collect the debt" little by little in future generations. "But on the day I make an accounting [of their sins], I will bring their sin to account against them" (Ex. 32:34).

Similarly, after the sin of the spies, the Israelites were also not punished immediately. Due to Moses' intercession, their punishment was spread out over 40 years.

Pinchas, on the other hand, did not just delay their punishment. When the Israelite men cavorted with the Moabite women and worshiped their idols, the entire nation was in grave danger. The low point of this catastrophe took place when Zimri, a prince of the tribe of Shimon, publicly took a Midianite princess. "And they were weeping at the entrance of the Communion Tent" (Num. 25:6).

Pinchas killed Zimri and arrested the plague. "Pinchas... was the one who zealously took up My cause among the Israelites and turned My anger away from them, so that I did not destroy them" (Num. 25:11). Moses only delayed Israel's punishment with his prayers. But Pinchas, like Jake's friend in the parable, succeeded in completely annulling the Divine decree against Israel.