Balak: No Sorcery Against Israel

The General and the Protective Cream

A general once heard about a brilliant inventor who lived and worked in a distant land. The general was keenly interested in this inventor, for it was rumored that he had perfected a unique cream - a cream that when applied to the skin, provided protection from attackers, as no arrow could penetrate the cream.

The general traveled the long distance to meet the inventor and inspect the product. He carefully examined the cream, and paid a small fortune for a sample. 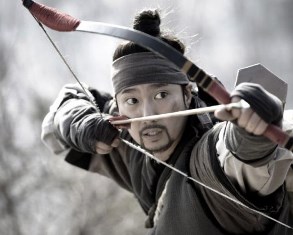 On the journey back, the general's entourage passed through a dark forest, and was promptly attacked by a band of robbers. The bandits fired off dozens of arrows. Amazingly, the cream worked as advertised; the general and his men were unharmed. When the thieves saw the general calmly brushing off the arrows, they became frightened and began to flee.

However, the general called them back, promising not to hurt them. Warily, the robbers returned. The general greeted them warmly, and offered them drink and food.

The robbers were flabbergasted. "We tried to kill you! Why are you thanking us and so kind to us?"

The general smiled. "Let me explain. I have spent much time and expense traveling to this country. I came for a specific purpose: to acquire a very special cream. In fact, it was this cream that protected me and my soldiers from your arrows.

"But before you arrived, I was wracked with doubts. 'Fool!' I thought to myself. 'Maybe this cream doesn't work, and you have let yourself be conned out of a huge sum of money.'

"Then you bandits came along - and proved beyond a shadow of a doubt that the cream does indeed deflect arrows. Were it not for our serendipitous meeting, I would have spent the entire journey home berating myself for having purchased this product. But now, thanks to you, I know it was worth every penny. Thus I am most grateful that we have met."

The Jewish people knew that they enjoyed a special Divine protection - "For no sorcery [can be effective] against Israel" (Num. 23:23). But this promise had never been tested. And who is willing to intentionally invite a curse upon himself?

This is why King Balak was so angry with Bilaam. Not only did Bilaam fail to curse Israel, but he proved to them that they cannot by harmed by curses and sorcery. This is the meaning of Balak’s words, "Now it will be said to Jacob and to Israel that which God has done" (ibid). Like the general in the parable, the Jewish people became confident in their protection.  Now they really know how God watches over them and protects them from all troubles.