God's promise to Abraham, Isaac, and Jacob to give the Land of Israel to their descendants took on a practical tone as the Torah detailed the borders of this inheritance to the Israelites about to enter the Land:

The Midrash connects this verse with a parallel phrase in Devarim - "This is the land I made an oath to Abraham, Isaac, and Jacob saying, 'I will give it to your descendants'" (Deut 34:4).

Why did God show Moses what would happen in the future? How is this connected to fulfilling God's promise to give the Land of Israel to the Jewish people?

David worked for many years in a distant country, earning money for his family. When he decided that he had saved up enough funds, David began the long journey home.

During the trip home, tragedy struck. David did not guard his possessions with sufficient care, and all of the money he had earned over the years was stolen during one of his overnight stays.

This was a catastrophe. All those years of hard work were lost! And David had no legal claim against his former employer, who had paid him in full. 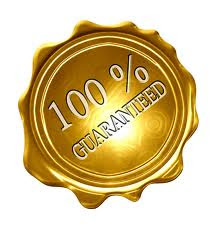 Nonetheless, David was not completely disheartened. Over the years, he and his employer had been very close. David has seen proof of this closeness before he had left. His employer had told him, after handing over his wages, "I guarantee the sum of money that you earned over the years for your family. If something should happen to you on the way home, just come back to me and I will give you the entire sum again."

God promised the Patriarchs that their descendants would inherit the Land of Israel. Yet the Patriarchs were worried. Abraham asked, "How will I know that I will inherit it?" Maybe my descendants will not be worthy and will be expelled from the Land?