Two young men were once caught stealing. Both were lead to court to be sentenced for their crimes.

The judge questioned the first thief about his background. He immediately recognized his father's name; he was a well-known criminal, who had been in and out of jail many times.

The judge then summoned the second young man. This time the judge was shocked when he heard details about the young thief's family. "I know your father - he's the rabbi of a nearby town! And your grandfather is a well-known scholar." 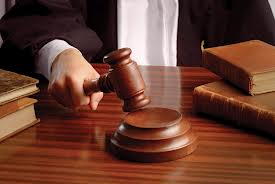 The judge then handed out the sentences. To the first thief, he decreed a relatively short time in prison. But for the second, he assigned a much longer sentence.

When he heard the decision, the rabbi's son was outraged. "Why is my punishment so much harsher than my friend?"

The judge explained. "Your friend grew up in a broken home, with a criminal father who was more often in jail than at home. It is not surprising how he turned out. He is less responsible for his actions than an regular citizen.

"But you -  the son and grandson of prominent, highly-respected people-  how could you stoop so low as to become a thief? You should know better! Therefore you deserve a harsh sentence."

We would expect that now, as God remembers the saintly Avot, God would have compassion on their descendants. But instead, the text continues to describe harsh punishments for our sins: "The land will thus be emptied of them." Why is this?

In fact, this verse is part of God's criticism of Israel. "I know your parents and ancestors - you are the children of Abraham, Isaac, and Jacob - and still you left the path of Torah and integrity! You deserve to be punished harshly for your actions."

We are used to thinking that pride is a bad trait and modesty is a good trait. However, there can also good pride and harmful modesty. How is that?

A person who thinks to himself, "Who am I that I should do this mitzvah? Who am I fooling - I'm a nothing!" Such negativity is a false and destructive modesty - the counsel of the evil inclination.

But a person who says to himself, "How could I do this sin? How could I abase my Divine soul? I am the son of kings, the daughter of queens - a descendant of Abraham, Isaac and Jacob, of Sarah, Rivkah and Rachel. How could I stoop so low?" Such an outlook is a positive sense of pride, the counsel of the good inclination.