Parashat Kedoshim: So Many Mitzvot!


The Maggid of Dubno used the following parable to explain the well-known statement of the Sages:

God wished to bestow merit upon Israel, so He gave them an abundance of Torah and mitzvot." (Makkot 23b).


Wouldn't the Jewish people have more merits if they had fewer commandments to observe? 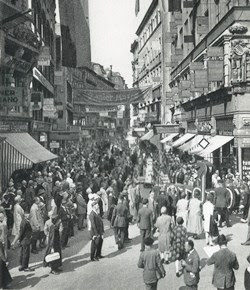 Daniel was so excited that he barely slept. The young man was on his first business trip, his first visit to the famous trade fair in Leipzig. Daniel kept a watchful eye on the money purse that his father-in-law had lent him to invest in profitable merchandise.

The young man arrived safely at Leipzig and was pleased to come across an uncle of his. Daniel proudly explained that this was his first trip to the fair and went off to find suitable lodgings for his stay.

In the meanwhile, Daniel's uncle went to various local merchants, informing them that his nephew had just arrived and would be a trustworthy person to conduct business with.

Several busy days later, Daniel visited his uncle again before starting his journey home. He had spent all of the money purchasing goods on sale from the many merchants whom he had met, and his bags were filled with valuable merchandise he hoped to sell for a good profit.

"How was your first visit here in Leipzig?" asked his uncle.

Daniel groaned. "I'm exhausted! Merchants and businessmen visited me all hours of the day. I barely had time to sleep the entire week!"

His uncle smiled broadly. "Who do you think sent all of those merchants to you? I knew this was your first visit at the fair, and I wanted to make sure that you would use your time and money wisely. I didn't want you to waste them on the card games, shows, and other diversions that could steal the attention of a young man."

We are all, the Maggid explained, like that young merchant in the parable. We find ourselves in an exciting world full of attractions and pitfalls. And like the devoted uncle, God wanted to make sure that we would be occupied with Torah and good deeds, so that we would not be led astray by the world's many distractions.

This is what the Sages meant that "God wished to bestow merit upon Israel, so He gave them an abundance of Torah and mitzvot." He gave us many mitzvot, to keep us focused on the important things in life: good deeds and spiritual aspirations.