Parashat BaMidbar: The Joy of the Wilderness

The Midrash expresses a yearning for the special relationship that existed between God and the Jewish people during the forty years they traveled in the Sinai wilderness.

"If only I were in the wilderness! Now, where are all of those miracles that I performed for you? And so it is written, "Who will place Me in the wilderness?" (Jer. 9:1), where I was exalted, as it says, "The wilderness and the wasteland will rejoice over them; the desert will jubilate and blossom like a rose..." (Isaiah 35:1).

What is this like? A prince once entered a city. The townspeople saw him, and they ran away. He entered a second city, and once again, the people ran away. Then the prince arrived at a barren town. This time the people greeted him and praised him. The prince announced, "This town is the best. Here I will built a fine palace, and here I shall live."

So it was with the Holy One. He approached the sea, and the waters fled before Him - "The sea saw and fled" (Ps.114:3). The mountains also "skipped like deer." But when He came to the wilderness, it greeted Him and praised Him, as it says, "The wilderness and the wasteland will rejoice...." God announced: This is the best place. Here I will build a palace [the Tabernacle], and here I will dwell.


The Strong Man and the Dilapidated Town

This Midrash is difficult to understand. What was so special about the wilderness? To explain the Midrash, the Maggid used the following parable:

There was once a man who was extraordinarily strong. He would travel all over, displaying 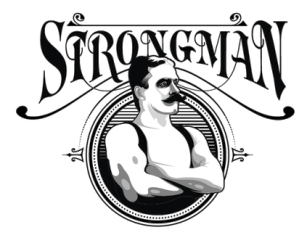 acts of great strength. He would come to a large city, with high walls and formidable defenses, and the mayor would ask him to exhibit some of his strength. The strong man would stand next to a towering wall and lean on the wall until it tumbled down. Then he would blow hard, shattering all of the windows. The residents would be amazed at his incredible strength.

One day the strong man came across a small, broken-down village. The residents were poor and lived in rickety houses that had sunk unevenly into the earth. They did not have the means to raise up the walls and place their houses on firmer ground. When the strong man saw this, he lifted up the houses with his shoulders and placed them straight on firm
ground.

Like the people in the big city, the residents in the poor town were amazed by the man's tremendous strength. But there was a big difference between the two cases. When he knocked down walls and shattered windows in the big city, the owners were upset at their loss of property. In the broken-down village, on the other hand, his acts of strength were greeted with joy and thanksgiving. They were amazed by his remarkable strength -- and also pleased that their homes had been fixed.

When God came to Egypt, a land of great wealth and abundance, God laid the land barren with ten terrible plagues. The Red Sea also was a scene of great destruction. But God does not take pleasure in destroying His world. As the Midrash says, God rebuked the angels, "My creatures are drowning in the sea, and you sing songs?"

However, when God led the Jewish people to the Sinai desert, the wilderness was elevated in His honor. The many miracles of the wilderness - the manna, the well of Miriam, the clouds of glory that protected the Israelites from the hot sun and the elements, the paths that were made straight and the dangerous snakes and scorpions that were scattered - all of these miraculous events made the wilderness a better, more viable place. The Jewish people were happy, and even the wilderness rejoiced, as it became a place of life and order.