Parashat Toldot: "I am Esau, Your First-Born"

How could Jacob - whom the Sages identified as a man of truth and integrity - tell his father an out-and-out lie, claiming, "I am Esau, your first-born"? And when his father questioned Jacob, "Who are you, my son?" - why didn't Jacob answer simply, "Esau"? Why did he embellish the lie by adding the words, "your first born"?

Reuben lent a large sum of money to an acquaintance by the name of Sammy. The months went by, and Reuben realized that Sammy was having trouble paying back the loan. Concerned he would never see his money again, Reuben decided to cut his losses. He sold the rights to collect the loan 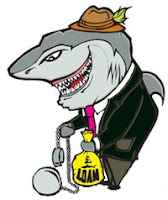 Buster the debt collector immediately paid Sammy a visit. "I am Reuben," he announced, "and I want you to pay back the loan. Now."

Confusion clouded Sammy's face. "I don't know who you are, but you're not the Reuben who lent me money!"

"You're right. My real name is Buster. But I bought the rights to collect his loan. As far as the loan is concerned, I am Reuben. Now pay up!"

Isaac wanted to bless Esau - not because he thought Esau was the worthier son, but because Esau was the first-born. Isaac felt that the elder son should be leader, the one carrying on the family tradition.

When Jacob approached his father to receive the blessing, he announced, "I am Esau, your first-born."

Like Buster, Jacob was telling his father: "In truth, I am Jacob. But in terms of the blessing, I am in place of Esau, because I purchased the bechorah, his rights as first-born. So feel free to give me the blessing - for now I am your first-born son."