The Burdens of High Office


In one small town, the Jewish community was governed by a board of three committee members. They were all prominent and well-respected residents.

Jimmy was an ambitious young man who very much wanted to be on this important committee. Unfortunately for Jimmy, the community was not eager to appoint him. 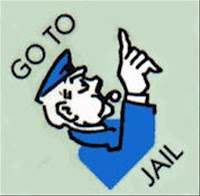 Jimmy, however, was undeterred. He arranged to meet with an important state official and quietly slipped him an envelope with a tidy sum of money. The pleased official wrote a recommendation that Jimmy be appointed to the governing board, replacing one of the other three members.

In the interim, there was a libel in the town against the Jewish community. Until the facts in the case could be clarified, the town mayor placed all three members of the Jewish committee under arrest.

Jimmy, unaware of the latest developments, arrived at the mayor’s office and proudly showed him the state official’s recommendation.

Bemused, the mayor told Jimmy, “No problem. You may take the place of one of the other leaders.” The mayor then commanded the local police to throw Jimmy into the town jail, and release one of the other committee members.

The Torah says that “God saw that Leah was not loved and opened her womb; and Rachel was barren” (Gen. 29:31). The verse is difficult to understand. What is the connection between Leah being unloved and God opening her womb?


From some hidden reason, Divine Providence decreed that all of the Matriarchs be barren. Abraham and Isaac each had one wife, so it was clear who would need to bear this decree. Jacob, however, had two wives - Rachel and Leah. Which one should be barren?

Thus it was necessary to determine which wife was Jacob’s principle wife. When it became apparent that Jacob preferred Rachel and loved her more than Leah, this question was resolved. Thus Rachel joined the matriarchs Sarah and Rebecca - and became barren - while Leah was excluded from this decree and became fertile.

Now we can understand the verse’s meaning. “God saw that Leah was not loved and therefore opened her womb; but Rachel was barren.” Rachel’s burden was due to her selection to be one of the matriarchs of the Jewish people. With Rachel’s election as Jacob’s main wife and a matriarch of the Jewish people, she was given the burdens and responsibilities of that lofty position.