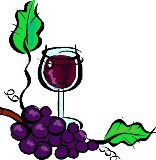 According to the Midrash, with this first major project after the Flood, Noah made himself "chulin" - profane. Why? Because "he planted a vineyard." Couldn't Noah have found a more productive, a more essential crop to start rebuilding the world? And why didn't Noah settle for just one vine? Did he need to plant an entire vineyard?

Rabbi Chiyyah bar Abba said: It all happened on one day. On the same day, Noah planted the vineyard, drank from the wine, and was disgraced.

A man approached a holy tzaddik who was known for his powerful and efficacious blessings.

"Please, give me a blessing!"

The tzaddik agreed. "May it be that your very first act after arriving home will be blessed and prosperous."

The man was very pleased with this blessing. He thought carefully how to best utilize this wonderful blessing. In the end, he decided that the very first thing he would do at home would be to take out his purse and count his money. Then, he thought happily, the tzaddik's blessing will be on his silver coins....

As soon as he entered the door, the man excitedly called out to his wife: "Quickly, bring me my purse!"

His wife, however, didn't understand what had come over her husband. Why did he insist on seeing his purse of coins? Did he not trust her? What was the hurry?

She asked her husband why he wanted the purse, but he became extremely agitated, demanding that she bring it immediately. Fearing that her husband was no longer in his right mind, she refused to bring him the purse. When the husband saw that his wife would not bring it, he began to yell and berate her. The argument quickly became hot and vociferous.

In this unfortunate way, the tzaddik's blessing was fulfilled. The first act that man did upon entering his home - fighting with his wife - quickly developed into a very "successful" domestic spat.

After the Flood, there was an extraordinary measure of Divine compassion in the world, so that the world would be rebuilt. "I will no longer curse the land," God promised. Naturally, Noah's first attempt at restoring the world after the Flood would be blessed and unusually successful.

Noah's first act, however, was to plant a vineyard. Sure enough, Noah had unusual success in this endeavor. As the Midrash states, "On the same day - Noah planted the vineyard, drank the wine, and was disgraced."

The Sages criticized Noah for choosing wine as his very first crop. "Could he not have planted something else of good use?" Where were his priorities? Therefore they noted that by starting (vaya-chel) with this act, Noah made himself unholy - chulin - and it ultimately lead to his disgrace and humiliation.

Noah's failure is a lesson for us. The Sabbath provides blessings for the rest of the week. "All blessings from above and below depend on the seventh day... so that the table [of material sustenance] of all six days will be blessed" (Zohar). All of the actions that a person does on the Sabbath are blessed and are a source of blessing for the entire week.

The Sabbath is like a mini-Flood. It is a "soft reset" for our lives, affording us the opportunity to step back once a week and regain our direction and focus. But in order that the Sabbath will be a source of blessing, it should be observed with study and prayer, joy and holiness. If we spend Shabbat drowning our souls in mindless diversions, we will end up like Noah - drunk and debased, our spiritual blessings squandered.

Mind-numbing gloom on the Sabbath will bring darkness to the rest of the week. But inner joy and holy reflection will uplift the entire week with the blessings of Shabbat.