The Work of a Maggid


A fellow rabbi once stopped the Maggid. “I listened to your lecture and enjoyed it immensely. You certainly deserve the honor and respect that you receive. But I have a question. We both base our sermons on the same Torah; we both expound on verses from the Torah and statements of the Talmudic sages. We should both expect to receive the same recognition for our efforts. Yet while your talks are greeted with much enthusiasm, I receive little thanks for my efforts. Why am I so unfortunate?”

The Maggid thought for a moment, and responded, "With all due respect to you, as well as to the honor of the Torah, permit me compare the two of us to two thieves, each of whom stole a pair of shoes. 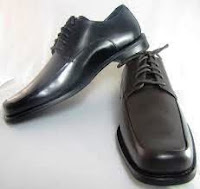 “Each pair was worth the same amount, thirty dollars. The first thief immediately re-sold his pair, and picked up ten dollars for them. He did not make much profit.

“But the second thief had a different modus operandi. He took the shoes home, and went to work. He opened up all the seams, re-designed the shoes and finished them according to his own concept of style and beauty. When he was done, he polished the shoes until they gleamed. When he went to sell them, he asked for fifty dollars – and that's the price he got.

“The same is true of our work. We both took precious merchandise from the same source - the Torah. But our 'returns' are a function of how much effort we put into fashioning that merchandise.

The Sages taught, ‘The reward is commensurate with the effort’ (Avot 5:26).  The praise and honor we receive for our efforts is in proportion to the time and effort we spent analyzing the wisdom that we took from the Torah, and in our work in skillfully preparing the lecture.”