Three individuals in the same town contacted a life-threatening disease and became deathly ill. All three were treated by the same doctor. 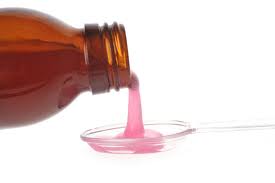 Patient B was trained as a medic. Due to his medical background, he did not take the doctor's orders on faith. He followed those medicines and treatments that made sense to him, but the rest he ignored. Unfortunately, without the full medical treatment, Patient B did not survive the illness.


Patient C was, like Patient B, a medic. But he understood that the doctor had much more training and experience than he did. He decided that even if some of the treatments didn't make sense to him, he would rely on the doctor's expertise and follow his advice.

King Solomon and the Parah Adumah


Many people observe mitzvot with emunah peshutah, with a simple faith. They do not attempt to understand the reasons for mitzvot and the philosophy of the Torah. Such people are like the first patient.


Others, with an intellectual bent, are accustomed to inquiring into the logic for things. They are liable to reject anything they fail to understand.


King Solomon thought that his great wisdom would help him to better understand the Torah and observe its mitzvot. "I thought I would utilize my wisdom," he wrote. But in fact, the opposite occurred: "Yet it is distant from me" (Ecc. 7:23). Precisely because of his wisdom and intellectual inquiry, Solomon found it difficult to do that which he could not understand.


When Solomon examined the mitzvah of Parah Adumah (the Red Heifer), he realized that this mitzvah was completely beyond his intellectual grasp. Here was a clear sign that the Torah's wisdom is beyond human understanding. Like the third patient, Solomon came to the conclusion that we must rely on the wisdom of the Creator.