Kedoshim: The Friends and the King

The Maggid explained with the following parable:

There were two young men who had been best friends from childhood.

One day, one of the two friends was arrested for a capital offence. Despite his pleas of innocence, he lost the court case and was sentenced to death.

His friend tried everything he could think of to save him, but nothing helped. 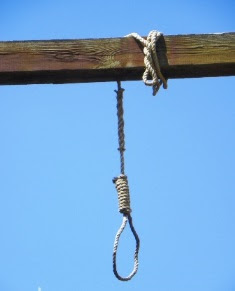 Finally, as they brought out the young man to be executed, the friend could no longer hold back. "Please, don't kill an innocent man! It was me! I am the guilty one!"

When the condemned friend realized what his friend had done, he turned white. Throughout the trial, he had consistently protested his innocence. But now he cried out, "Don't listen to him! It's not true. I am the real criminal!"

There was a tremendous uproar, and the execution was postponed. Even the king heard about the incident. Curious, he inquired to hear details of the case. When the king was told about the two friends and their extraordinary friendship, he asked to meet with them.

The young men related their story to the king, and he was deeply moved. The king announced, "If this is the depth of your friendship, then I too want to join. Please make me your third friend!"

This is exactly what the verse is telling us. The King of the universe is announcing: If you love your neighbor as you love yourself, then "I, God" - I also want to be part of your wonderful friendship!