VaYakheil-Pekudei: A Crown for the King

A Present for the King


The royal palace announced that the king would be visiting a certain town in his kingdom.  Most of the townspeople, however, were quite poor, and could ill afford to buy a suitable gift for such an exalted guest.

The town, however, did have one affluent resident, a local businessman. The wealthy man could have presented the king a gift of his own, but he decided that it would be better if all of his neighbors would take part in preparing a gift.

What did the businessman do? He proposed that the townspeople should fashion an complex and beautiful ornament crafted from many intricate parts. Some sections were to be fashioned from gold, some from silver, and others from special gems and beautiful cloth material. For each section, he appointed a talented craftsman to supervise its construction. 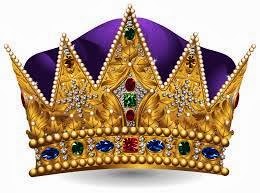 When the king came to the town and saw the beautiful gift, he was extremely pleased. The king questioned the businessman about how it was constructed, and he responded by suggesting that all of the craftsmen present themselves to the king.

In this way, nearly all the townspeople had the unique opportunity - and great privilege - to meet the king in person.

When organizing the construction of the Mishkan (the Tabernacle), Moses acted like the businessman in the parable. Moses invited the entire nation to take part in constructing the Mishkan. When the work was finished, Moses brought the entire people before God and announced, "The entire Jewish people - they are the craftsmen of Your Mishkan."


"Go out, O daughters of Zion, and gaze upon King Solomon and the crown with which his mother crowned him."

Who are these "daughters of Zion"? And what was this crown?

The Midrash explains that the term "daughters of Zion" refers to God's distinguished children - the Jewish people. (The word 'distinguished' in Hebrew is metzuyanim, similar to the word 'Zion').

And the crown placed on the King's head? That was the Tabernacle that they had constructed.

In other words, the Tabernacle was a crown that distinguished the Jewish people, through the generosity and pure service of every individual who participated in its construction. This special gift enabled the entire nation draw close to God.