"When... any of your brothers is poor, do not harden your heart or shut your hand against your needy brother. Open your hand generously and extend to him any credit he needs to take care of his wants." (Deut. 15:7-8)

The Maggid once set out to collect money to redeem prisoners. He visited a wealthy Torah scholar and began speaking about the laws of tzedakah. The host responded by reciting a novel idea in those laws. The Maggid then spoke about the special importance of redeeming captives. Once again, the scholarly host responded with a homily on the same topic.


The Maggid tried to hint to his host that this was Halacha le-ma'aseh, a practical issue, but the wealthy man failed to get the hint. So the Maggid related the following parable:


A young traveler once journeyed to a distant land, and came to a place where there were no onions. He took out of his backpack a string of onions and gave them to the local residents. They were amazed by these onions, never having seen them before. The traveler explained to them that onions are wonderful to add to almost any dish. The residents tried cooking with this new food, and discovered that, indeed, onions make most dishes even better. 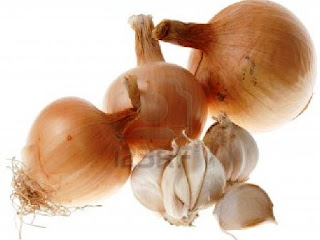 They were so pleased with the onions that they presented the visitor with much gold and silver.


Not long after this incident, a second visitor came to that land. He saw that there was no garlic, and took out a bunch of garlic from his bag and gave them to the local residents. The people saw that garlic also adds a wonderful taste to most foods.

They thought to themselves: What would be an appropriate reward for such a wonderful gift?


Immediately they decided... they would give him a few of their highly-valued onions!

The Maggid then turned to his scholarly host. So too, I give you garlic, and you respond with presents of onions! But that was not my intent. I meant that for each word of Torah, you would would pay me in silver...