Three good friends once agreed on a unique plan. Each one would travel to a different country and acquire a special knowledge found only there. The three did as they promised. After years of intensive study, the three friends returned home and told each other what they had learned.

The first friend explained that he had studied the science of optics. He had learned how to construct a telescope that could see over great distances. The second had studied engineering and had built a very fast vehicle. And the third friend had acquired extensive medical knowledge, learning how to treat a wide assortment of diseases.

The first friend pulled out his telescope to show the others how it worked, and began to describe what he saw.  He could see a far-away town, and he saw people running, looking very upset. As he described the happenings in the town, the friends decided that apparently an important person in the town had fallen ill, and the local doctors were unable to cure him.

The second friend got his vehicle ready, and together they drove to the faraway town.

There they discovered that the king's daughter was on death's door. Fortunately, the third friend, with his great medical expertise, was able to heal her.

The king was beside himself with joy. "I wish to reward you," the king announced. "And the best reward I can offer is to marry my daughter."

"However," continued the king, "I have a problem: she can only marry one of you. Which one is most deserving?" 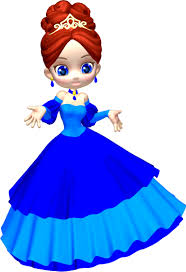 Each friend argued that he deserved to marry the princess. "Without my telescope," argued the first friend, "we would never have known that she was ill!" "But without my vehicle," interjected the second, "we would have arrived too late to save her!"
"And without my medical knowledge," added the third, "we would not have been able to cure the princess!"

The three friends were at an impasse.
In the end, the princess herself spoke up.

"It is true," she reasoned, "in terms of the past, each of you contributed a critical part in my rescue. But if we consider the future, then it becomes clear whom I should marry."

The princess explained. "Will I be needing the telescope and the fast vehicle in the future? Probably not. But the expertise of a doctor is something that I will always need. Therefore his part is greatest, and it is he that I will marry."


Three Partners in a Child

"Every person must respect his mother and father, and keep My Sabbaths. I am God your Lord." (Lev. 19:9)

What does keeping Shabbat have to do with respecting parents?

"Although I have admonished you to respect your father, nevertheless, if he tells you to desecrate the Sabbath, do not listen to him. And this is also the case with all the other commandments." (Baba Metzia 32a)

Why do other commandments override the commandment to respect one's parents?

The Sages wrote in Kiddushin 30b that each baby is created by three partners: the mother, the father, and God (who implants the soul).

But this partnership is equal only in terms of the past. if one considers the future, the first two partners, his mother and father, became less important over time, as the child grows and becomes more independent.

A person, however, will always need God to provide for his needs. For this reason, respecting God and keeping His commandments overrides respecting one's parents.