Parashat Terumah: The Palace of the King

Jack was touring the capital city when he came across a beautiful complex of buildings.

"What is this beautiful place?" he asked. 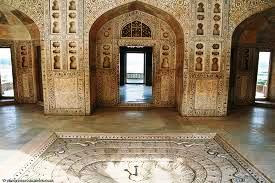 "This," a guard announced proudly, "is the king's palace!"

Jack entered inside the palace gates, accompanied by the palace guard. Among the splendid paths and breathtaking gardens, he saw many houses and buildings.

"What are these houses?"

"They belong to various ministers of the king."

Jack continued to walk until he arrived at an exquisite structure, decorated with stunning marble columns and ornate carvings.

"And what is this building?" he asked.

"This is the king's palace!"

"Before you told me that the entire complex is the king's palace, and now you say that this building is the palace?"

"That is correct. The entire complex belongs to the king, with houses and gardens for his many servants and ministers. But this building is the inner palace where only the king lives. His servants may only enter when they are called, and they must be dressed appropriately."


The Palace of the King


It says that "The entire universe is full of His glory," and "The Heavens are My throne, and the earth is My footstool" (Isaiah 6:3, 66:1). If God's Presence fills the entire universe, why does He need a Temple?

The Maggid of Dubno explained using the above parable. True, the entire world belongs to God. But the Beit HaMikdash, the Holy Temple, is God's inner palace. That is where the Divine Presence fully dwells.

Not everyone is allowed to enter the inner sanctuary. Only his servants, the kohanim, may enter. And even they must wear special clothing to serve Him.