Before his death, Jacob called his son Joseph and made one final request:


How can something be chesed - a voluntary act of kindness, beyond the letter of the law - and at the same time emet, an act of truth, a legal obligation?

The Sages explained that the mitzvah of burying the dead is "chesed shel emet," an act of true chesed. It is a kindness performed purely for the sake of doing chesed. After all, the dead can never repay this favor.

The Maggid, however, gave an alternative explanation for this phrase using the following parable: 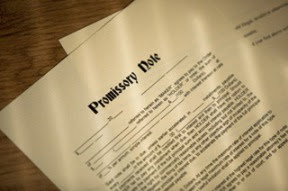 Jonathan had a friend who desperately needed money to bail him out of his financial difficulties. Jonathan wanted to help, but he knew his wife would be upset if she found about this act of generosity. He suspected that his wife would prevent him from giving money to his friend.

What did Jonathan do? He called two witnesses into his office, and in their presence signed a promissory-note that within three months he would pay $10,000 to his friend.

Now that the obligation was legally binding, there was no way that Jonathan's wife could stop him from helping his friend.

Jonathan's gift to his friend may be aptly described as both Chesed and Emet. On the one hand, his motivation was to perform a kindness to his friend. On the other hand, since he was financially bound to do so, it also had an element of Emet - a legal obligation.

This is exactly what Jacob asked from his son Joseph. Jacob wanted Joseph to do an act that is both Chesed and Emet. He requested that his son to take an oath to bury Jacob in the Land of Israel.

Why was this oath necessary? Did he not trust his son?

Jacob knew that without the oath, Pharaoh would never allow Joseph bury his father outside of Egypt. And in fact, Joseph quite clearly tells Pharaoh that he has no choice in the matter, as his father made him take an oath. "My father bound me with an oath..." Pharaoh also mentions this fact when he allows Joseph to fulfill his father's request. "Go bury your father, as he made you swear."

Thus, Jacob's request was like the gift of money to the friend. It was a request that contained both Chesed and Emet. It was a kindness to his father, but it also contained an element of Emet, due to the binding nature of the oath.