In the song of Ha'azinu, Moshe warns the Jewish people not to get caught up in self-absorbed materialism. It is easy to spend one's life on making money and enjoying physical pleasures, and forget God and our innermost ideals. "And Yeshurun became fat and rebelled."

But this verse seems redundant - why does it repeat its warning not to forget God?

The Advice that Boomeranged

Zack owed a large sum of money, but he lacked the means to pay back the loan. So he asked his good friend Shlomo what to do. Shlomo advised Zack to pretend to be crazy. "When you see the fellow who gave you the loan, start to whistle and dance and carry on - you'll see that he will leave you alone."

Zack did as his friend suggested, and it worked. When he started whistling and dancing and carrying on, the lender took pity on Zack and stopped demanding repayment for the loan.

A few days later, Zack approached Shlomo for a short-term loan. Shlomo agreed; but when it came time to repay the load, Zack began to whistle and dance and carry on.

When Shlomo saw his friend's goofy antics, he gave him a sharp poke. "You ungrateful idiot! I taught you that trick - and you want to use it on me?"

The Blessing of Forgetfulness

God gave us the blessing of שכחה - forgetfulness. If we didn't forget, we would be ov 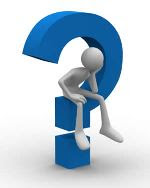 ercome by the tragedies of life and not have the heart to carry on (Rambam, Intro. to Commentary to Mishnah).

But if a person takes this blessing of forgetfulness and uses it to forget his Creator - that is the ultimate ingratitude! This is the Torah's rebuke: "The Rock Who made you forget" - God formed you with the trait of forgetfulness, for your benefit, to make life easier. "And you forgot the God Who formed you" - and then you go and use this trait to forget the One Who created you?!